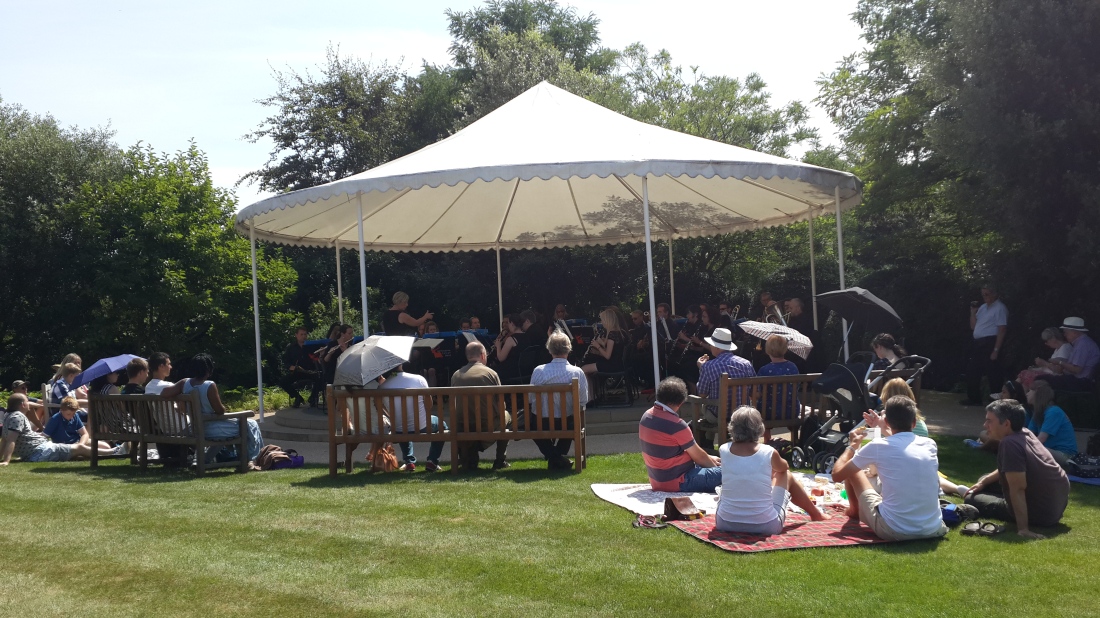 London was great, and in retrospect a really unique time, back in the summer of 2014. To set the tone of what it was like, I remember crossing the Thames on one of those sightseeing buses and seeing the sunset behind Big Ben with some nice orchestral music playing (on the bus) and experiencing the peacefulness of the late afternoon. And that felt like a totally normal day.

The globe theatre, St. Paul’s Cathedral, and London Bridge were definitely highlights. Although a bit crowded they are definitely not tourist traps. I would add the Tower of London as well on the list but the lineups were already quite long on a weekday so it really depends on what you want to see. The crown jewels were beautiful, the engineer in me got a kick from the moving walkways they installed to shuttle people past them. (An ingenious solution!) The historic stuff not so much, although that is to be expected since it was supposed to be “natural” as how it was back then.

Tate Modern was a cool gallery, although I’m not the biggest fan of modern art, it was cool even for non artsy people! (I’m sure you will love it if your a fan of it)

Westminster was a bit dark on the inside, but I imagine most people don’t go in there solely for architecture so it was actually quite fascinating. With the tombs of Sir Issac Newton, famous historical figures, etc.

Nelson’s column and square weren’t that impressive. However the shear amount and variety of tourists, touts, and entertainers that were there was. A great sea of humanity was milling around the square that lazy summer day in London.

My favorite experience had to be simply walking around Picadilly, Hyde Park, and touring Kensington Palace & gardens. These were the highlights of London for me.

I was extra naughty and I opened up one of the curtains in the second floor ballroom with a magnificent view over the Kensington gardens & Hyde park. Sat down in the one and only antique chair right in front of the window, and soaked in the regal view. (I’m sure that the curtains were closed for a reason but I was a bit of a rebel at the time. )

I’m sure there were also some bad experiences during my 5 days there, but the passage of time really has made it difficult recalling them. Perhaps an overly salt breakfast in Swiss cottage? Or the long line for the London Pass? Definitely the diesel fumes in central London. Looking back though they were all such minor, trivial, things compared to the great experiences I had too. Lesson learned, focusing on the positives really helps.

Windsor Castle is conveniently located a short train ride away from London, and I used that opportunity to make a quick day trip to see what it was all about.

Before I get any further, I would say weather was the most important factor for this, gloomy weather would definitely have reduced the experience.

(I also met this interesting chap that was going to see his brother’s wrestling tournament, or something like that as I can’t quite remember. (It was 3 years ago give me a break!)) Anyways he sat in the seat opposite of mine and we had a most unlikely conversation between the most unlikely of people. He was 40+, proper Brit working class from what I could tell (class distinctions still make me a bit uncomfortable and I’m not very good at telling them apart), and I was this Asian looking boy by myself with a completely different background and path. So conversations and bonds can happen anywhere between any type of people, that was the lesson I learned from that)

The moment I stepped off the train there was this incredible sight of a market dressed to the nines with all sorts of banners and decorations for some event that I could not figure out at the time, still very impressive nonetheless. And the most incredible thing was the total lack of anything to disturb the tranquility of the scene. (remember I took the train straight from busy busy London) Everyone visiting seemed to be strolling along or sitting down enjoying themselves. And of course just beyond the entrance was the view of Windsor Castle atop the hill radiant in the sunlight.

The moment I stepped into the Castle grounds itself, I remember there was an orchestra in the gardens, in their little orchestra gazebo, playing a beautiful, serene, melody and butterflys were milling over the verdant green glass with the sunshine beaming down. That was something I don’t think I’ll ever forget.

There was a special tour to the very top of the main tower of the castle that I think was led by a historian to a group of about 7 of us, and we walked a circuit taking in the sight of the British countryside. It really felt like we were royalty viewing our domain from up their! In fact you could even look down into Queen’s apartments at the castle, although that was only allowed since she was not residing there at the time. You could also see Eton, the river, and many other neat things from that vantage point.

Afterwards I bought a tea cloth from the gift shop (for my mom!) and strolled around the markets and restaurants in the little town surrounding the castle, concluding my very happy day in Windsor.